A world free of TB

Tuberculosis (TB) is an airborne, highly contagious, infectious disease caused by Mycobacterium tuberculosis (MTB). Most frequently, TB affects the lungs, however, it can also cause disease in any part of the body, such as the lymph nodes, bones, brain, organs and eyes. TB is a serious disease that kills about 1.4 million people each year worldwide (1).

TB infection begins without symptoms before becoming active. This inactive carrier state is called latent TB infection (LTBI) and can persist for weeks, months or years before developing into active contagious disease. Although LTBI is not contagious, there is a ~ 10% average lifetime risk of it becoming active.

Active TB is a disease state of uncontrolled MTB growth which occurs when TB bacteria are able to overcome a person’s immune system and symptoms appear. Symptoms of active TB include chronic cough, fever, unexplained weight loss and, if severe, night sweats and even coughing up blood. A person who has active pulmonary TB is contagious.

icon-bulb
Up to 1/4 of the world’s population is infected with latent TB
Are your patients at risk of developing active TB disease?
Learn more

TB disease is preventable and curable. If LTBI is recognized early, effective preventive treatment can be provided by your doctor. If TB is active, a treatment of multiple drugs is required for a minimum of 6 months that will usually cure the disease and lead to a full recovery.

The World Health Organization (WHO) acknowledges that to fight TB effectively, the accurate identification and treatment of LTBI as well as active TB disease are vital (1).

International efforts have succeeded in slowing the COVID-19 epidemic – but responding to COVID-19 has also forced disruption of existing TB control programs around the globe. It’s time for immediate action to stem the potential flood of TB – including a massive catch-up effort to actively diagnose, trace, treat and prevent the disease.

Together we can defeat TB

Addressing the vast reservoir of latent TB infections through targeted LTBI testing and treatment can substantially reduce the number of people who develop active TB and can prevent further spread of the disease (1). Thus, the 120-year old tuberculin skin test is not sufficient to stop TB. A test that accurately identifies TB infection is critical to reducing the global TB burden.

QuantiFERON-TB Gold Plus (QFT®-Plus) is a more accurate test for TB detection – endorsed by the WHO, embraced by the UN and IPPA and among the WHO’s 120 essential diagnostic tests. QFT-Plus uses an interferon-gamma release assay (IGRA) to measure the T cell immune response to MTB. Unlike the TST, QFT-Plus is not affected by the Bacille-Calmette Guérin (BCG) vaccination (2–4).

Protect your patients and help end the spread of TB
QFT-Plus is the modern alternative to the tuberculin skin test.
Find out more 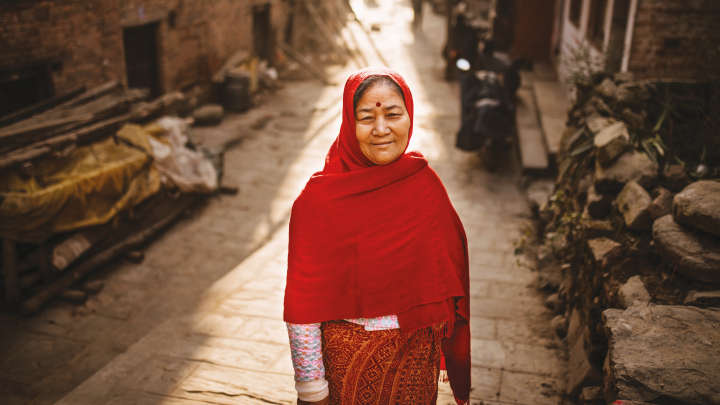 Each day nearly 4000 people lose their lives to TB. Many are in vulnerable and marginalized populations with limited access to care. It’s time to unite to end TB by finding, testing and treating everyone at risk for TB disease.

QIAGEN is committed to protecting public health and ensuring the universal right to know your TB status. QIAreach® QuantiFERON-TB** will help ensure access to TB testing and treatment where it’s needed the most. More info coming soon.

*QuantiFERON-TB Gold Plus Blood Collection Tubes by QIAGEN and LIAISON Analyzer by DiaSorin.

QFT-Plus is an in vitro diagnostic aid for detection of Mycobacterium tuberculosis infection. QFT-Plus is an indirect test for M. tuberculosis infection (including disease) and is intended for use in conjunction with risk assessment, radiography, and other medical and diagnostic evaluations. QFT-Plus Package Inserts, available in multiple languages, as well as up-to-date licensing information and product-specific disclaimers can be found at www.QuantiFERON.com.